Brene’ Brown’s book, Daring Greatly, takes its name from a speech given by Teddy Roosevelt in April 1910. He said:

It is not the critic who counts; not the man who points out how the strong man stumbles, or where the doer of deeds could have done them better.

The credit belongs to the man who is actually in the arena, whose face is marred by dust and sweat and blood; who strives valiantly; who errs, who comes short again and again,

because there is no effort without error and shortcoming; but who does actually strive to do the deeds; who knows great enthusiasms, the great devotions; who spends himself in a worth cause;

who at the best knows in the end the triumph of high achievement, and who at the worst, if he fails, at least fails while daring greatly.

Does this speech leave you as breathless as it does me? 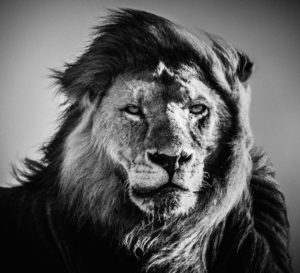 As I read this, and imagine the great TR speaking at the Sorbonne in Paris in his uniquely passionate and animated fashion, I imagine a great lion staring down battle, prepared to fight as long and as hard as he must.

TR fought in many arenas in his lifetime; his battles had unmistakable national and international import (to take one minor example, he traveled a river never before fully explored in Brazil, nearly dying in the process; it now bears his name).

To be sure, Teddy Roosevelt remains my most favorite president of all time (I’m hardly alone in this), and stories of his bravery and leadership abound. His willingness to put himself in the arena, as it were, was unmatched in his time (and rarely matched since). When I think of daring greatly, I think of TR.

I won’t ever face nearly certain death at the hands of rainforest; I won’t maneuver international politics to make way for a vital canal to join two great oceans; I won’t have a timeless child’s toy named after me. But I do take my inspiration to step outside the lines of the comfortable from TR.

As I think back over the last nine years, I recognize the evolution of my willingness to dare greatly. Nine years ago, daring greatly meant spending the better part of eleven months trying to extricate myself from a poisonous relationship. In TR’s words, that effort was replete with error and shortcoming; ultimately, though, I was successful in extricating myself with minimal collateral damage. I dared to imagine a different life for myself. The intervening years have been filled with their ups and downs, but the through-line has been a steady increase in both my capacity for and willingness to engage in daring greatly.

And yet, there’s still so much more I want to do; more daring ahead, more risk-taking, more coloring outside the lines. For someone who, fundamentally, fears change and worries incessantly, embracing TR’s challenge of daring greatly does not come naturally.

I believe that our life has many seasons; I believe that we are ever-evolving and changing to meet our current season, with its unique challenges and opportunities. I have never been very good at sitting still in life and just letting the present be what it is; I’m always looking for a new growth opportunity or cool way to stretch myself. As my dear TMP so often says, “You tend to overcommit.” And yet, as he also recognizes, it is that tendency to overcommit that makes me uniquely Liz. Who would I be if I weren’t constantly going out of my way to help others? What would my life even look like? Perhaps it would be calmer, but it would almost certainly also be less fulfilling and far less interesting.

These are the twin impulses: All change is bad, but stagnation is unacceptable. The yin and yang that comprise the soundtrack of my inner voice.

For the last week, I’ve been listening to these two voices battle it out over a choice I’m weighing. I’ve been given a tremendous opportunity to explore a completely new skill set, one that has no obvious fit with my life as currently constructed and that would require significant sacrifice of time, emotional energy, and cost. A big part of me thinks that now — having JUST FINALLY gotten a tenure-track teaching job, ha! — is probably the exact wrong time to take on a new, consuming  project with no clearly obvious benefit to my life at present. Can I not just be content with a new, awesome job with completely amazing colleagues and students?

Can I even type that sentence without a snort of recognition?

Because I am Liz.

I summoned a dear friend to breakfast yesterday to talk this out. I did a brain dump with TMP at dinner last night. Ultimately, they both said similar things: There is no ‘right’ answer, and whatever choice I make will be the right one. They’re both right.

As I’ve sat with this today, though, I keep coming back to one thing, over and over … this challenge, daring greatly, ultimately comes down to taking the leap and entering the arena, even when you’re not sure how successful you’ll be in the fight.

I haven’t totally decided to move forward, but I’m definitely leaning that way. And once I get it all sorted out, I promise, I’ll tell you all about it.

What I learned from yoga teacher training

Going to battle with Resistance