The world is noisy this week: first, the giddy anticipation of Election Day, women all around this great country joining Pantsuit Nation on Facebook and proudly donning their “I voted!” stickers; then, the unfolding surprises on election night; finally, the reality slowly seeping in that a loud and bullish man was just elected president.

The noise is deafening. On both sides of the political aisle, we are feeling our voices raise as we either celebrate or lament the outcome of the 2016 election.

I believe that we each know best how to process this election result for ourselves. For some, that means engaging in public acts of protest or celebration. For others, it feels like stupor, the sense that we can’t quite wrap our minds around what has happened in the last three months of our lives. Still others feel a deep sense of loss. Perhaps you’re feeling adrift, not sure where to devote your attention after spending so much of the year mentally engaged in a collective sense of disbelief and uproar.

This is why I believe that, once we’ve had a chance to let this election sink in and the immediate, reactive emotions fade a bit, we need to cultivate some quiet.

We need to stop yelling. We may even need to stop talking. I believe the work ahead of us, if we are to move forward in productive ways, comes in the lost art of listening.

On the left, we had a diverse coalition of people celebrating the imminent shattering of the glass ceiling. A woman who has spent her life fighting for women and children seemed destined to become our first female president. The reasons to celebrate were many. This coalition was pushing for broader access to education, healthcare, clean energy, environmental protection and preservation, and reproductive care. The intentions were noble and the argument came laced with facts, figures, and self-evident truths.

On the right, we had a somewhat less-diverse coalition of people frustrated to the point of outright anger over a system that seemed to have left them behind. They pushed for a clean sweep of the wealthy government officials who don’t understand what life is like for a factory worker laid off when a company moved production overseas, or who resent the seeming aura of superiority and disdain adopted by the well-educated and progressive. These were and are legitimate feelings of being left behind by a world that increasingly demands sophisticated technological skills and deep education. Politics is inherently rooted in emotion, and these voters were by far the most expressive of those underlying emotions.

[Aside: Speaking from experience, no matter what you say or do, when you have more education than those around you, basically everything you do is interpreted through the lens of someone who just expects and believes you think you’re superior. This is a reasonable thing when you consider that every human being is wired to want to fit in and be accepted as they are. The sense that the well-educated assume themselves superior becomes a self-fulfilling prophecy when the left makes arguments with these aforementioned facts, figures, and self-evident truths. If the left is to become less despised by the right, they must learn to speak the language of emotion, not reason. See Haidt.]

And here we are: Absolutely nobody is happy. The left is miserable with loss of hope and fear of the future; the right is miserable with the present and fearful the new president won’t be able to do enough to shake up the status quo.

Our solutions, though, lie not in trying to find a single leader who will occupy 1600 Pennsylvania Avenue and shake things up. In fact, when it comes to our deepest misunderstandings, the president is only ever going to divide public opinion into supporters and opponents; at best, the president is a net neutral. Electing either of these candidates was going to fracture the country further.

My friends, the only solution I can give you is this: Listen. Really, really listen. Don’t sit quietly while you wait until it’s your turn to talk. LISTEN.

I’m not suggesting you should abide by outright hatred, racism, bigotry, misogyny, etc. However, we know from our experiences of the last few decades, particularly with the LGBTQ community, that the best defense against ignorance and fear of the other is knowledge of the other. Twenty years ago, most Americans felt the LGBTQ community was populated by a bunch of immoral and dangerous people; today, most Americans not only accept this community, but say our LGBTQ friends should be able to marry the person of their choosing and form families. This shift happened because our gay friends came out and said, “Here I am!”

When you know someone who’s gay, it’s much harder to demonize the entire category of people.

When you know someone who voted for Trump and you actually listen to them, you understand how they got there.

When you know someone who voted for Clinton and you actually listen to them, you understand how they got there.

When you know someone who’s a Muslim, you see their humanity.

When you know someone who came here as an unaccompanied minor to escape violence of Central America, you see their humanity.

When you know someone who is afraid to be pulled over by the police because they might get deported for having a tail light out, you see their humanity.

We have stopped knowing people who aren’t like us, and it’s the single most dangerous thing in our country, I believe.

But as we move forward and try to find ways to calm the hatred surrounding us, this is the only viable path. One person at a time, one conversation at a time, we must listen, understand, and let others know us.

I remain convinced that most people, most of the time, are mostly good. Nobody is good all the time, and very few people are irredeemably bad. You can find some commonality with almost anyone you meet. I mean, almost everyone likes pizza, right? Set aside the good fight for a moment and find the common ground. Eat some pizza. Smile. Show compassion for the troubles we all — every single one of us — face. 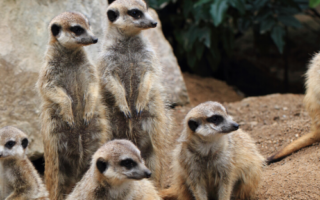 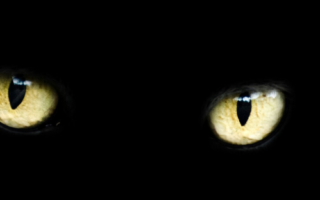 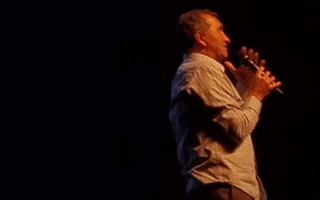