One of my favorite podcasts is Dear Sugars, co-hosted by writers Cheryl Strayed and Steve Almond. They are both frank, passionate, clever creatives who give meaningful, compassionate advice to people facing any number of life issues. I listen regularly.

So I was surprised, a couple of weeks ago, to find that Steve Almond has a relatively new-ish book out called Bad Stories: What the Hell Just Happened to Our Country, a collection of short essays gathered around a central question itself stated in the subtitle. (I was surprised because … how did I not know about this? How did I just randomly stumble upon it at a Barnes & Noble?!) Almond’s central question is: How can we understand this moment in our political history?

I’ve read just two chapters, twenty-three short pages, but I’ve already come across many sentiments that merit sharing. Such as:

Stories don’t fall from the clouds, after all. They are invented and refined and promoted by particular narrators with particular agendas. If we want to understand the bad stories that dominated the 2016 election, we have to examine the context from which they arose, and accept that our received version of history is often nothing more than the needlework of the powerful.

WHOA. This paragraph appeared on page 10, and that’s when I knew that I was in for a walloping in these pages.

Or how about this, part of Almond’s argument that the Melville novel Moby Dick provides an illuminating lens through which to view our current struggles:

The great peril of our age is not that we have turned into a nation of Ahabs, but of Ishmaels, passive observers too willing to embrace feuds that nourish our rancor and starve our common sense. It is this Manichean outlook that has laid the groundwork for the ascent of Donald Trump and has, as of this writing sustained his chaotic reign. (page 15)

I read these words and nodded with the gloomy despair of one who often feels like the 24-hour news networks are destroying our ability to lead with compassion, given that they do exactly as Almond observes: they nourish our rancor; they starve our common sense.

One more, from a discussion of efforts in North Carolina to suppress minority voter turnout:

The result was that early voting turnout was 20 percent lower in so-called “suppressed counties” than in other counties. None of these tactics were a secret. The state GOP in North Carolina put out a press release before Election Day bragging that African-American turnout was down by 8.5 percent in early voting.

Oddly, there was almost no coverage of these efforts during the campaign. Instead, Trump’s insinuation of voter fraud took center stage, diverting attention from verifiable voter suppression. This is what I have come to think of as The Central Law of Bad Stories. Bad stories don’t just distort our belief system; they act to prevent more truthful stories from being heard.

I’m only a teensy bit into the book, and I feel pretty strongly that this book is quickly becoming Necessary Reading. I recommend it. Get it. Read it. Think on it. 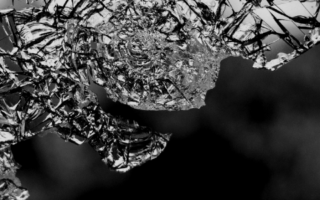