I’m currently at an academic conference, the sort of event I once adored and increasingly find to be somewhere in the neighborhood of insufferable. To understand why, I share this sentiment expressed by a researcher on a panel I just left, sporting an unattractive scowl: “Sad to say, I’m increasingly convinced that the American public can no longer perform its democratic duty.”

Now, I will hardly claim to be the most optimistic or rose-colored-glasses-sporting observer of the state of American public opinion, but I’m hardly ready to throw up my hands and declare defeat. Instead, I feel pretty strongly that we must double down on our efforts to create open lines of dialog among those with different perspectives on politics. There is no less-effective way to do so than by starting with the intellectual commitment to the futility of it all.

The more often I sit in academic research panels, the more often I find myself grasping to understand what, if anything, this endless hamster wheel of effort actually accomplishes. I look over the conference program, at the same panel titles and same research topics that I’ve been seeing since I first attended a conference in 2005 or so. I’ve sat in on about five presentations today, and other than some interesting graphs showing things that FiveThirtyEight or the Washington Post could have published, I don’t know that I’ve heard a single thing that I didn’t already, on some level, know.

What are we doing, academics? What are we contributing to the world when we spin our wheels around the same old, same old tired research questions that have little impact on daily life? Who is gaining? How much money are we spending to come to these conferences and have the same conversations we’ve been having for a decade? Is there a better way to spend our time and intellectual energy?

I’m not down on academic research writ large. I’m reacting instead to an acute sense that we have too many people in academia, that there is little hope that the graduate students dominating the conference program will all find good jobs, that there is a lot of mediocrity (and I count myself among that).

This is a stream-of-conscious reaction to my instinct that these disciplinary conferences no longer hold the same value for me, and that my time might be better spent going to teaching-specific conferences that help me hone my craft. (I’m thinking about The Teaching Professor.)

Now excuse me while I go to a teaching-specific panel that I hope (fingers crossed!) might yield some useful takeaways. 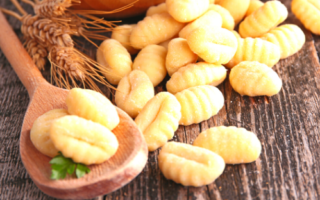