When I realized last January that I’ve never blogged my favorite books of the year, I was horrified, and I immediately put together a few recommendations from 2016. Thankfully, this inspired me to keep much better track of what I read in 2017, and I’m happy to share my favorite reads of last year.

I began the year with an ambitious goal to read 100 books in 2017. I fell far short, clocking in at just 65. These were a mix of Kindle reads (mostly bargain chick lit novels that were unremarkable except that they gave my mind something to decompress with), Audible audiobooks, and traditional printed books, both fiction and nonfiction. I began this best-of-2017 list by reviewing my Excel spreadsheet (#nerdsunite) and creating a nifty visualization of my year in reading (see picture). Clearly, I read in June, July, and December. Not so much the rest of the year. This makes some sense, no?

Many of you know that I’ve become rather immersed in thinking about the most vulnerable in the world over the last two years. Being tasked with teaching World Politics and wanting to do it in a way that keeps my interest did that to me. Here are some of the most moving books I read this year to help me teach this course better.

I don’t tend to read a lot of polemic political work, but I do enjoy memoir-y books and things that make me imagine a world where people can disagree without hating one another. I long for that.

Best Nonfiction, everything else sub-category

There was a time not that long ago when 90% of what I read was fiction, but as you can see … times have changed! Here are a few other nonfiction books I read and loved this year.

There were many great contenders, but I give this to the Willoughby Close series by Kate Hewitt. There were five books in this series, and I devoured each of them over the summer at breakneck speed. Highly recommended for those who like breezy and heartwarming “women’s fiction.” 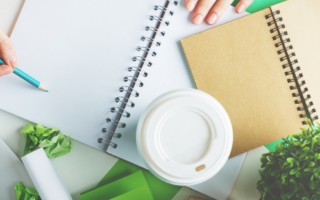 98 days to fall: Thinking about #ungrading

Scenes from a shopping mall