Note: I’m going to cry while writing this. I’m going to continue crying while thinking about it. And I sense a gusher of tears is coming in the months ahead.

I am not afflicted with the worst-case scenario anxiety that routinely sends me spiraling over the small but present probability of terrible things happening. In fact, I pride myself on being a pretty realistic and clear-headed person who can find something positive to champion in almost any circumstance. I trust people. I have vast wells of empathy. I try to lift others up.

But right now, my spidey sense tells me that we are on the precipice — well, like, hanging over the precipice by our fingernails — of an incredibly traumatic fall semester.

I live in southern middle Tennessee; my home sits atop the Cumberland Plateau, and my workplace is just a few miles from the Tennessee/Georgia border.

Our college is not in the hottest of the current COVID hotspots, for which I’m grateful:

The location of my campus — again, along the TN/GA border — isn’t the reddest of the red/purple, but it’s certainly not looking great. On vaccinations, the county in which our college sits is doing SLIGHTLY better than the average in the state (which is quite low compared to the rest of the country), but the county roughly 1 mile from my front door is among the lowest:

A prominent local person recently pointed on out Twitter that the Stanford data estimating future trends based on infections and whatnot looks pretty good for the county in which my college sits:

And he’s right to point out that the R(t) numbers are decreasing over the last month (the data end feeding the graph above end on August 11). That’s good news for the near future, I assume. But also baked into this data analysis are several assumptions worth tagging:

Calculating R(t) from the reported number of reported cases can be complicated. People are typically diagnosed after they have already spread the disease, and many are not diagnosed at all. As diagnostic guidelines loosen and testing availability improves, we expect to see more cases, though the underlying incidence of disease may or may not have changed. Lags in diagnosis, diagnostic delays, and changing diagnostic guidelines will all impact case reports, and bias estimates of R(t).

These points are important because the availability of free COVID testing in the county depicted above has experienced a sharp decline. As recently as June, I could show up at one of several community-operated drive-through (free) testing sites Monday-Saturday and get a free test. For the last two weeks, I have looked for something like that in this county and have had seen far less availability. There is no question that the “diagnostic guidelines” are “loosening,” meaning there’s a reasonable chance we’ve achieved what the former president once said: “”If we stop testing right now, we’d have very few cases, if any.”

The marketing for our college has been pushing a theme since May: “Yes, we’ll be open” in fall 2021. Based on data available in May, this was a reasonably responsible message: Vaccines were, at that time, widely available, and the efficacy data suggested that vaccinated individuals were unlikely to catch COVID, unlikely to spread COVID, and unlikely to develop serious disease or complications if they were one of the highly unlikely breakthrough infections.

But then we found out about the delta variant of COVID. According to the CDC, Delta is at least twice as contagious as earlier variants of SARS-CoV-2. Soon after infection, Delta seems to replicate perhaps as much as 1,000 times as much virus as those with other variants–this, at the time a person is most infectious to others. The viral load during this peak infectious period is such that “close contact” can happen much, much faster than earlier strains.

An August 12 New York Times article doesn’t bury the lede: “Campuses Are Virus Incubators, but These Colleges Can’t Require Vaccines.” The article highlights the University of Texas at San Antonio, which has decided to start the semester with mostly remote classes due to the surging infections in the city. (For a 26-minute period on August 12, the city had zero available ambulances, according to Texas Public Radio.)

I keep thinking about a piece Michael Sorrell, the incredible president of Paul Quinn College in Dallas, wrote last year. I’m going to paste in two paragraphs from his Atlantic piece, because they keep rattling in my head (emphasis mine):

We must ask ourselves: What would make leaders gamble with human life this way? The answer is twofold: fear and acquiescence—both of which, when left unchecked, lead down a path to moral damnation. The fear of the fiscal damage associated with empty campuses in the fall is the primary reason that schools are exploring every option to avoid that possibility. Many schools literally cannot afford an online-only existence; students would not want to pay the same amount for such an experience, but charging them less would lead to bankruptcy for some institutions. Exploring options to avoid financial ruin does not make you a bad leader. On the contrary. However, if a school’s cost-benefit analysis leads to a conclusion that includes the term acceptable number of casualties, it is time for a new model.

Moreover, in all likelihood, our rush to reopen is going to set us back in our fight against COVID-19 even more. The sacrifices that we must make to restore order and safety will make us a stronger, more resilient society. For college students, those sacrifices will include long periods of remote learning. For institutions such as mine, the sacrifices will necessitate new financial models, including reduced tuition and fees. We will also need to change the way our students compete athletically, engage socially, and grow emotionally.

I am not okay.

I have been spiraling for a couple of weeks. Anxiety has completely consumed my brain. I’m sleeping poorly, if at all, and only when heavily (medically) sedated. My IBS is flaring–I’ve had to take a controlled medication to keep myself from being in constant pain (along with other unpleasant symptoms). I either want to eat nothing or all the things. Depression is clawing its way into my head. I know, rationally, that if I (say) went for a swim or walk or something, I’d feel better… but the thought of doing so makes me want to cry. I don’t feel like I can.

I’m not so far gone on the “I’m not okay” that I merit mental health inpatient care — which, hah, is a good thing, since we have no (or nearly no) hospital beds available. But I’m not functioning, and if it’s true (as we heard in a PD workshop at my college) that “your student experience cannot exceed your employee experience,” then my students are going to get a very not-good version of me this fall. For someone who so heavily leans on her teaching work as part of her identity — probably, yeah, in an unhealthy way — this is only compounding my anxiety and depression.

Over a week ago, I sent this to my immediate supervisor, in the hopes that some measure of care or concern would be expressed:

Having said that, and since we’re here anyway, I also want to say out loud (well, in an email) that I’m having a minor panic attack 24/7 about returning to a default expectation of in-person work next week. I’m as desperate as the next person to be face-to-face with colleagues and students, but this Delta variant has me quite literally five seconds away from crying at every waking moment. I planned a 10-day vacation for the 10 days prior to our report-back in the hopes that more than a week of basically sleeping, napping, and doing nothing else would help me feel rested and ready for the fall semester … but with each passing day, and with every new piece of information about breakthrough infections and just how overwhelmingly transmissible Delta is, I’m freaking out. I think it’s horribly irresponsible to ask students to risk the lives of their unvaccinated children and family members to come to campus regularly, and I am worried about myself, too, obviously. That we cannot mandate masks nor vaccines is not our college’s decision, I know, but it’s infuriating and terrifying. I don’t know what to do. I’m already on — have been for years — anti-depressant/anti-anxiety medicine, and there’s a part of me that wonders if I don’t need stronger stuff to show up on Monday without having a full-on panic attack, but then another part of me feels like I shouldn’t have to medicate what feels / seems like legitimate self-preservational concern.

I don’t tell you this to blame you in any way, and I know you aren’t the person who can fix/solve this, but I just want you to know that if we’re together on Monday as planned and I’m crying or panicking or hyperventilating or whatever, it’s not because of this email or anything anyone in our division has done. I’m just not coping with this well and when I think about the fact that our college leadership can’t do anything, the hopelessness takes over and I dissolve.

I heard nothing. No acknowledgement — even when, four days later, I referenced that email in a second one. The silence is deafening, and it definitely communicates something incredibly hurtful and damaging about my work situation.

The bottom line is this: I don’t feel safe teaching face-to-face in rooms where masks aren’t required and where I cannot even ask about vaccination status. But I’m even more anxious about colleagues with children under 12 and with underlying health conditions that make them more vulnerable.

Classes start in two days. I’ve spoken up to the extent that I can. Nothing has changed.

So I leave you with this, which is why I keep getting in trouble (“good trouble,” I hope John Lewis would say) for not keeping my mouth shut. For not communicating in proper channels. For not always respecting the fucking “chain of command,” a phrase I wish we could strike from our language entirely because it’s the exact opposite of a caring, empowered work environment where everybody feels like they matter. I cannot and will not allow the deaths sure to result from our decision to move forward with face-to-face instruction under these conditions (masking/vaccinations) to weigh on my conscience.

While many reading this will know the specific institution at which I work, I’ve expressly not mentioned it in this post, for many reasons, including the fact that our college’s campus policies say I must not identify myself with my institution when I engage in: “communicating in a way that could negatively impact the reputation of the College or interfere with its mission or performance of its students or employees.” The First Amendment lives, but I have also been criticized for my social media activity previously for allegedly running afoul of this policy. So let me make clear that I am not speaking for my institution, nor have I identified it in this post. 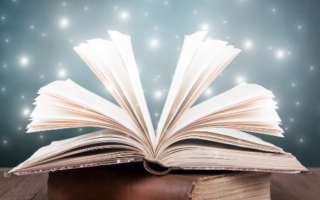 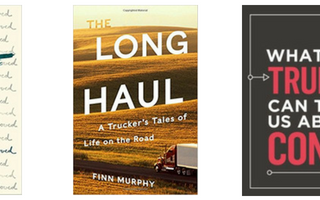 What moved me this week